The South Carolina Association of Heating and AC Contractors (SCAHACC) actually began as the South Carolina Heat Pump Association in 1989. The original concept was created by the major utilities in the state, at the time, that wanted to help educate consumers on value of heat pumps as the preferred choice of “HVAC engine” for homes in South Carolina. The utility members based the new association on other similar associations found across the country. The founding group of leaders included equipment distributors in the governance of the newly formed association. The focus of membership was the HVAC contractor who had a direct rapport with the end-user, everyone’s customer.

Soon the leadership saw the need to add a contractor’s perspective to its planning and strategy sessions. An at-large position was created for a contractor to join the board of directors.

Over the years, the association has morphed with the changing times and changing industry. Transitions included another name change before becoming the SC Association of Heating and AC Contractors and developing a leadership model that includes contractors from the association’s local chapters. Among other reasons, it was changed to represent an organization of “people” and “not equipment.”

In November 2019 the association opened its membership to all licensed trades ( individuals within a business that have taken and passed a skilled trade licensing exam in the state of South Carolina.) and changed its name to the South Carolina Association of Licensed Trades.

The updated objective for the association will be to elevate the levels of competence, professionalism and success of businesses and their employees that operate within the licensed trades industry in South Carolina to the benefit of the consumer.

The association will continue to change/morph as it reacts to the changing needs of the trades community it represents. 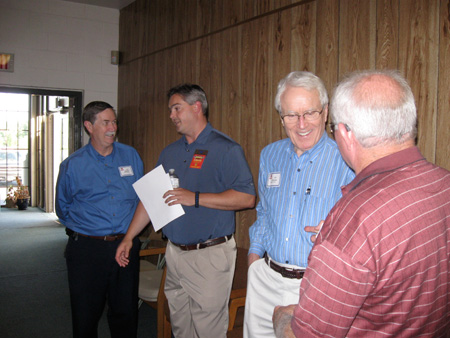 When this happens, it's usually because the owner only shared it with a small group of people, changed who can see it or it's been deleted.
View on Facebook
· Share

Just 10 days ago was SCALT's Leadership Summit! 👏Thanks to the sponsors, exhibitors and attendees! ... See MoreSee Less

Love 💙 it when our members run into our Leadership Summit Speaker at another event and grab a picture together. Thank you Steve Coscia for sharing. 😄 ... See MoreSee Less